"Chronology" is an installation consisting of three ladder-like objects arranged in a 6 meter high space.

seen from the front they could show 3 different timelines, or 3 different personalities showing their most important moments in life with each step. or it could be 3 rhythmical patterns / sequences. or it could be seen as an abstraction of ladders, losing their function by not being connected to the wall, being connected fragile with a fine metal wire to the ceiling, too far from the windows to be reached. seen from the side the three pieces appear like three frames of an animation, due to their differences in angle.

With many Thanks to Henning Tödter. 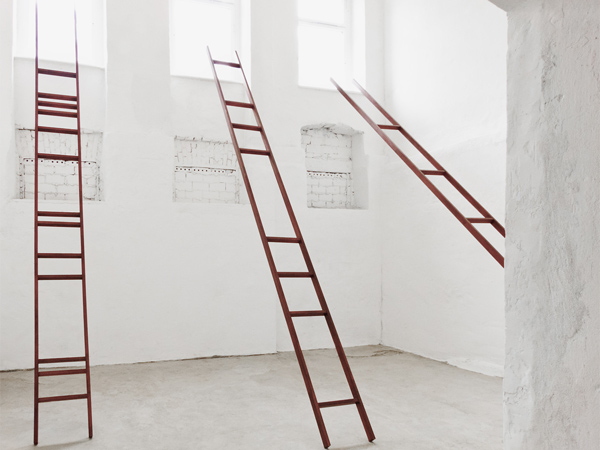 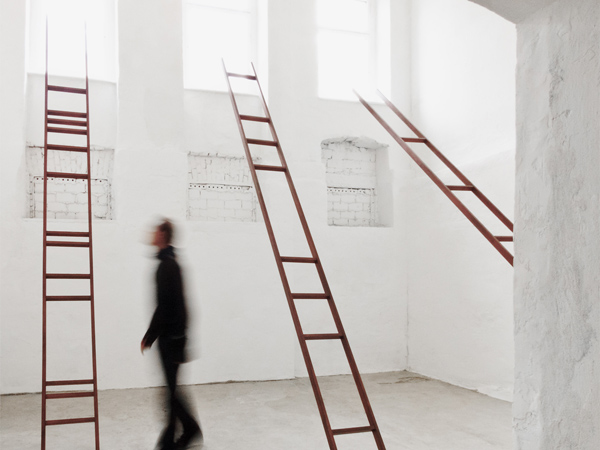 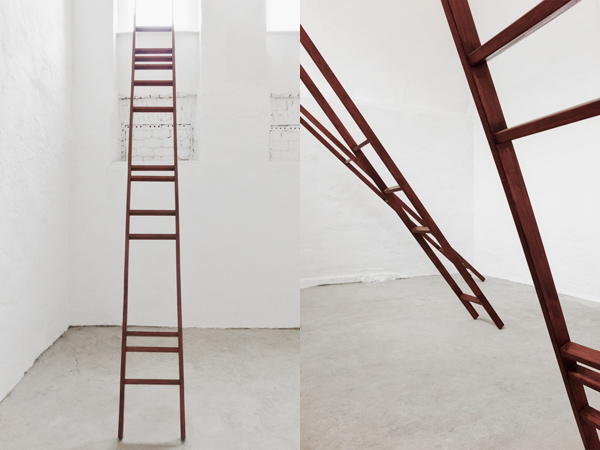 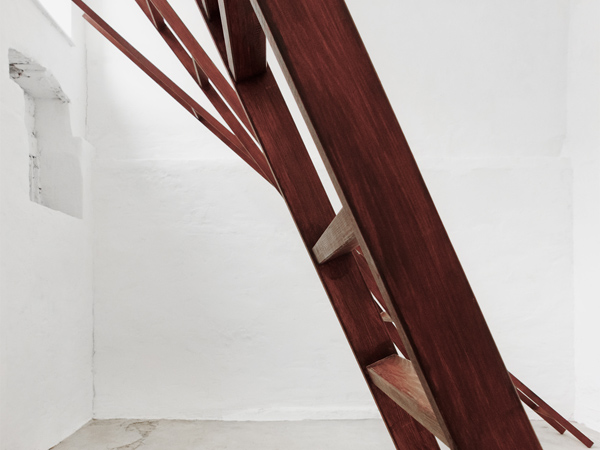 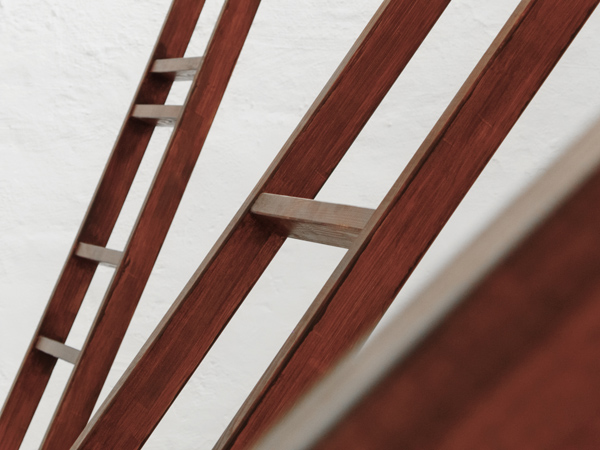 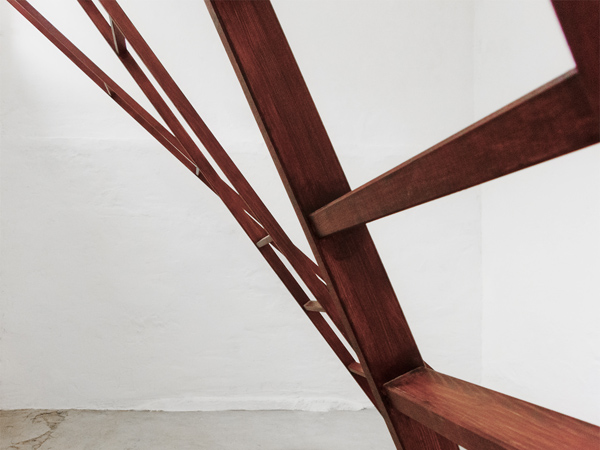 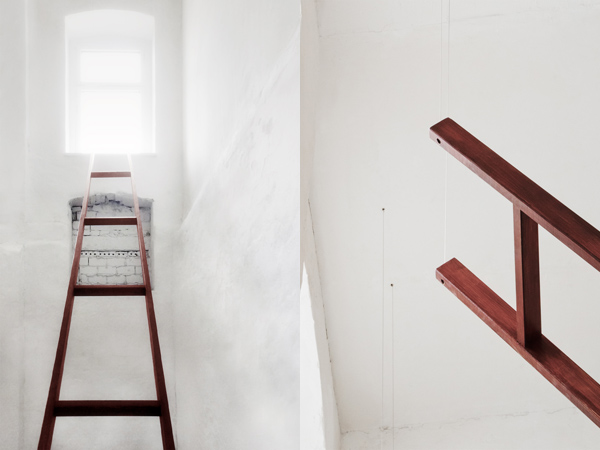